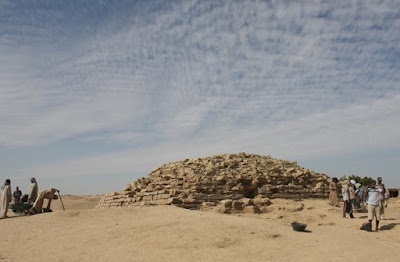 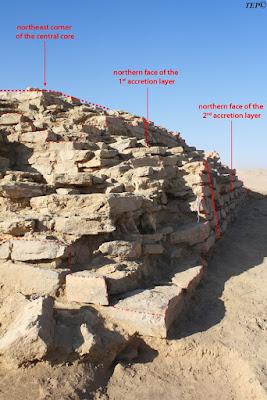 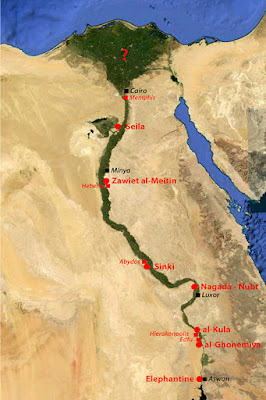 Archaeologists working near the ancient settlement of Edfu in southern Egypt have uncovered a step pyramid that dates back about 4,600 years. It predates the Great Pyramid at Giza by at least a few decades and was constructed by either Huni or Snefru, both pharaohs of Egypt. The newly uncovered pyramid contains no chambers and no evidence that it was originally intended for burial. It rose as high as 43 feet when it was first built but now rises only about 16 feet because of weathering and the pillaging of some of its stone blocks. This image shows excavations occurring at the pyramid’s eastern face during the 2011 season.

In southern Egypt around the ancient settlement of Edfu, archaeologists discovered a step pyramid decades older than the Great Pyramid of Giza. At 4,600 years old, this three-step pyramid belongs to a group of seven “provincial pyramids” constructed of sandstone blocks and clay mortar in various areas of southern and central Egypt. It’s unknown which pharaoh built them, although the possibilities have been narrowed to Huni or Snefru. The Edfu pyramid stands only 5 meters (16 ft) high today, although it was once about 13 meters (43 ft) high. It’s believed that a combination of pillaging and destructive weather reduced its dimensions. Including the one at Edfu, six of the seven pyramids are nearly identical in size.

“The similarities from one pyramid to the other are really amazing, and there is definitely a common plan,” said Gregory Marouard, who spearheaded the work at Edfu. However, no one knows why these pyramids were built. They don’t contain internal chambers, so they weren’t meant to be used as tombs. Archaeologists have found inscriptions by the remains of children buried at the foot of the Edfu pyramid. But they believe the burials and associated inscriptions occurred well after the pyramid was constructed. That leads researchers to believe that the pyramid may have been a symbolic monument attesting to the Pharaoh's power, a belief bolstered by the discovery of an installation for food offerings on one side of the pyramid.


Posted by Mitch Williamson at 6:23 AM No comments: 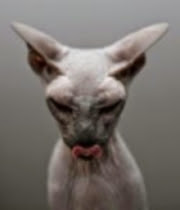